Caftans: The Mainstay of My Island Wardrobe 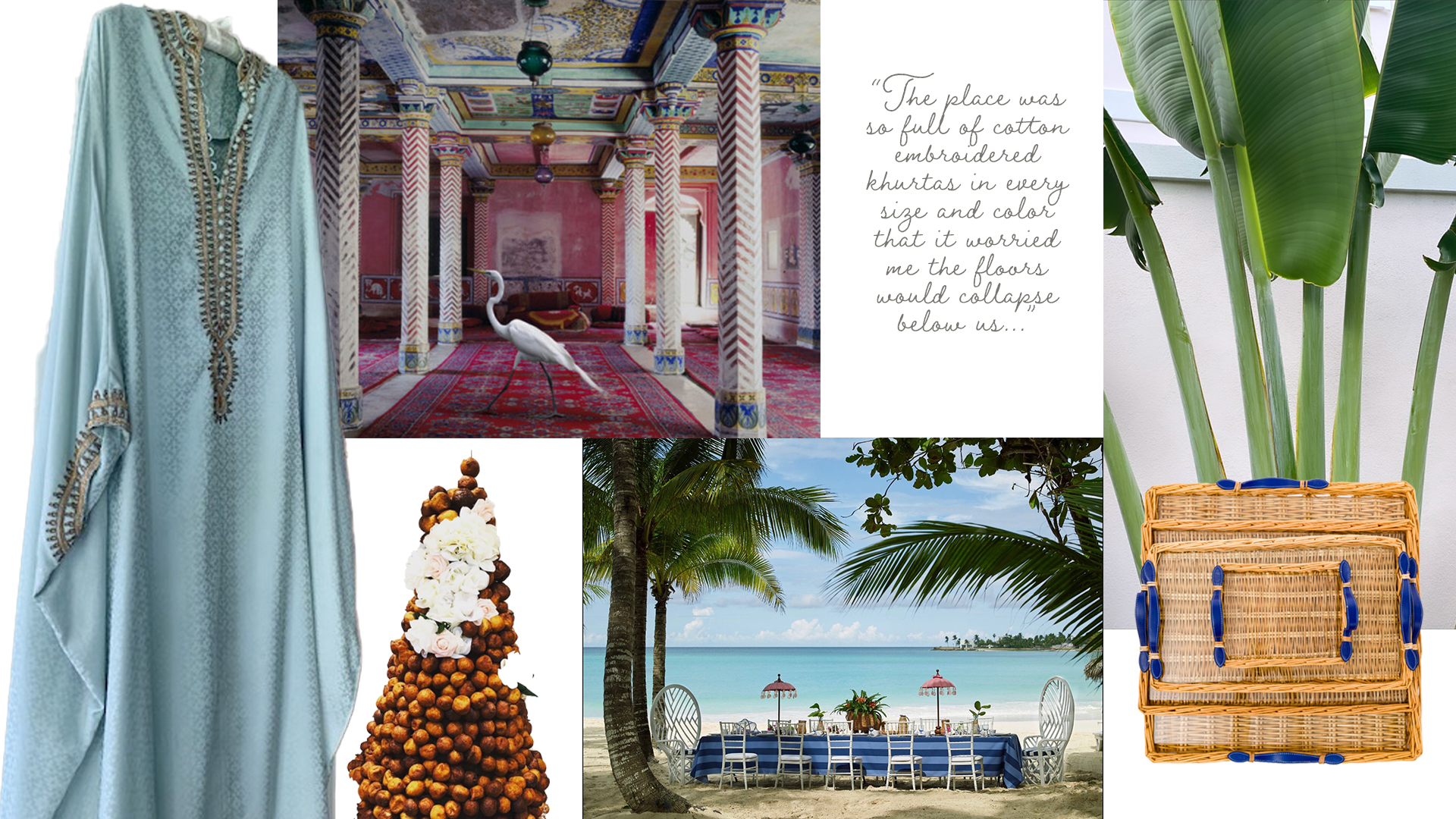 Caftans are the mainstay of my Island Wardrobe.

They are particularly helpful for those of us who are a bit, or a lot, round.

At the high end you can always find sumptuous beaded versions from Oscar de la Renta, Natori, Etro and Versace. At the low end one can find beautiful caftans and caftan-like garments in cottons for day wear.

Both high and low and other versions from around the world have all had a place in my Island look. The Indian Khurta and Abaya, included.

There was an enchanting man named Sam Hilu who had an Indian Khurta empire in a warehouse on the 8th floor of 5th Ave and about 38th street in NYC.

The place was so full of cotton embroidered khurtas in every size and every color that it worried me the floors would collapse below us.

They were stacked to the ceiling with narrow corridors.

I bought them by the dozen in white and lovely pastels for myself for years.

They were religiously worn as dresses or over trousers.

Torn and worn out ones were folded not hung and became nighties.

Before Eliza was born I bought her a dozen in white in each size from from 1year to 12 years.

I wore nothing else in my forties I think.

Once while shopping in a run-down mall in West Palm Beach I spied a beautiful cotton moire caftan in the window of a shop that sold exotic things from Egypt.

The moire’ed versions had elaborate passementrie and a million tiny knots for buttons familiar on such garments from this part of the world.

Though they may have been originally intended for men, over the next few years I had a distinctly Egyption-y, North African look at dozens of parties and diners at Lyford.

Harrods duty-free boutique at Terminal 5 at Heathrow has been a great source for caftans recently. After parking Orjan and Eliza at the Pret-a-Manger, there is usually just enough time to race to the caftan rack and find some treasures, Pucci, Etro, Jeannie Mqueeney etc etc…

My best friend John once bought me a splendid vintage caftan from the estate of Doris Duke. There is an image of Doris Duke in the caftan in a book somewhere.

Doris had apparently given it to Kitty Carlisle Hart. It came from a dealer in NY who had bought Hart’s clothes after she died. The mint green silk caftan was made by the same Hollywood designer, Jean-Louis, who made the dress Marilyn Monroe sand her famous birthday song to Kennedy.

It is my most treasured Caftan and it reminds me it is time to get it cleaned and ready for the coming winter season! nostalgia
One of Each, Please!
Read More Receive 10% off your first order plus be first in-the-know about sales, events & parties!